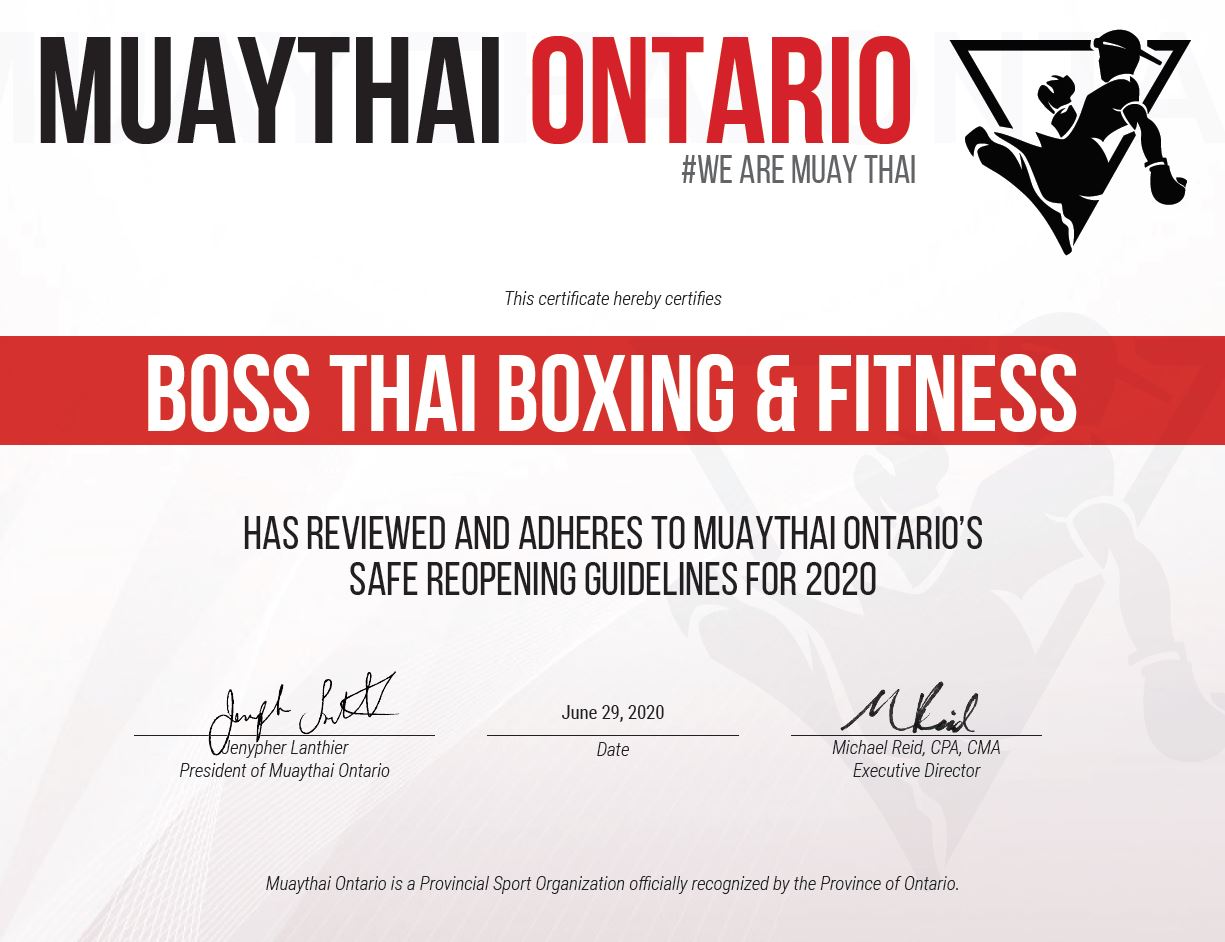 Certification showing that Boss Thai Boxing & Fitness Inc. and its instructors have met or exceeded the prescribed guidelines for COVID-19 safety and prevention as dictated by our governing sport authority, MuayThai Ontario. 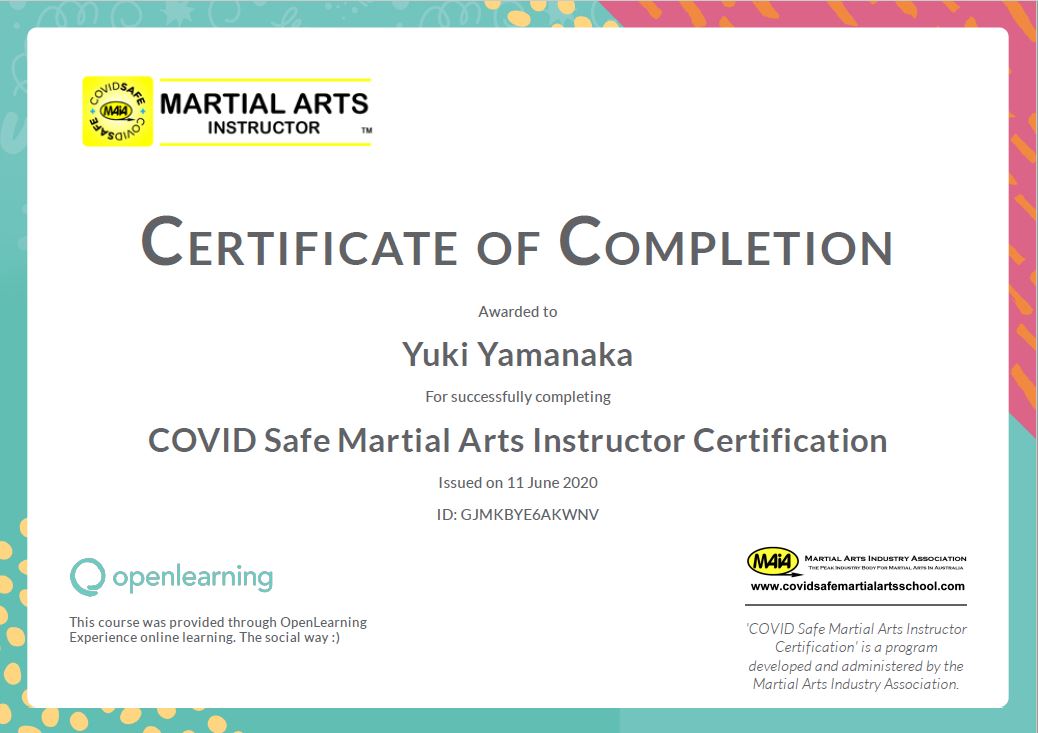 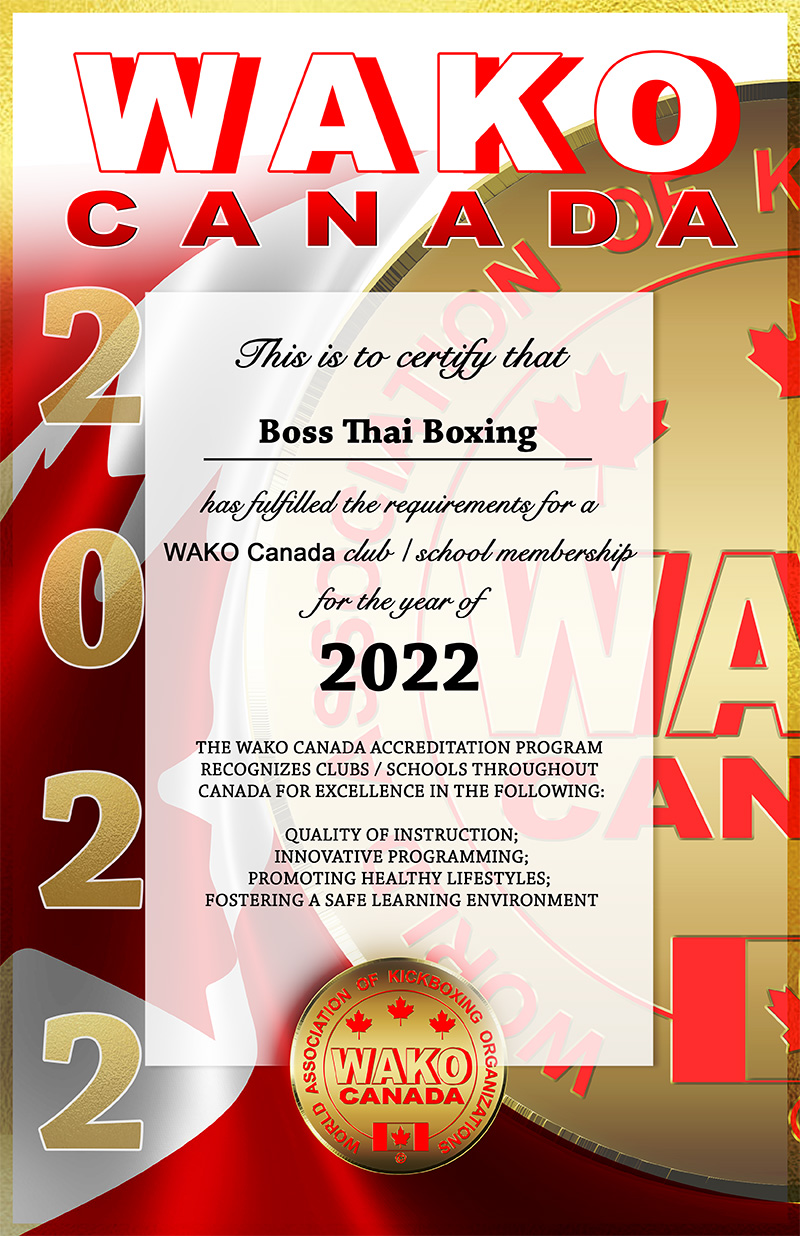 Boss Thai Boxing is proud to be a member under WAKO Canada.

Boss Thai Boxing is proud to be a member under Muaythai Ontario. 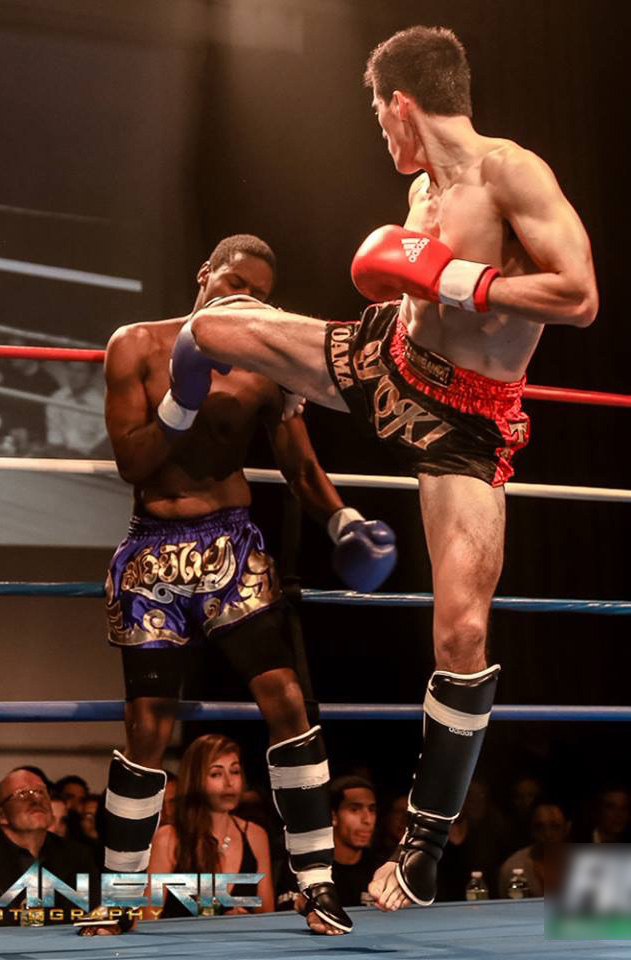 Since 2013, Yuki has entered the ring over 30 times and has competed all over the world, representing Team Canada in the 2014 and 2016 World Championships. His competitive career has taken him across Ontario, Western Canada, the United States, Mexico, Italy and Thailand.

He earned his Kru certification (meaning ‘teacher’ in Thai) under Kru Jeff Harrison, presented by Ajahn Burklerk Pinsinchai (record of 172-6), a living legend in Thailand during the Golden Era of Muay Thai.

Kru Yuki has cornered fighters in a variety of events— from exhibition matches to sanctioned competitions, including one of the largest professional organizations in the world: Glory World Kickboxing Series. He can also be seen Officiating at provincial events where he judges and referees sanctioned amateur bouts under MTO.

As Head Muay Thai Instructor, Kru Yuki is excited to share his passion and knowledge of Muay Thai— the Science of 8 Limbs— to the people of Kemptville, of all ages, inside and outside of the gym.